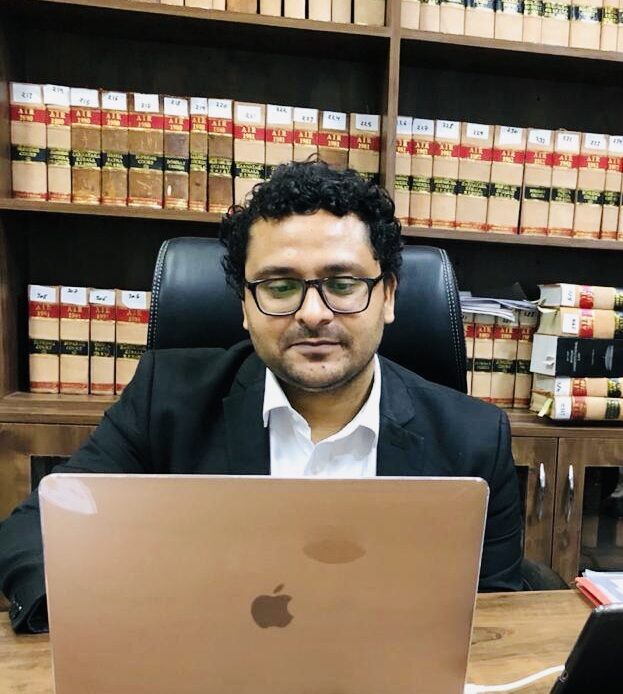 Constitutional courts as an institution, in common law world, by and large shapes the path of development of law. Each generation infuses its content in to march of law. No word is final, no principle is perennial but what gives strength to constitution are certain enduring principles underneath the working of Constitution. Constitutional landscape of India, has witnessed unique battle for custody of constitution between two organs of state – the legislature and the Judiciary. Under our scheme, where there are no strict separation of power but division of functions, initial era (1950-60) has captured the courts at crossroads with parliament because of judicial protection afforded to “property right”, which was then a fundamental right. Courts were invariably of the view that deprivation of property without just compensation – equivalent to value of property, is affrontation of rights of citizen. Parliament contrarily asserted this issue to be subject matter of legislative policy – immune from judicial intervention. The triggering point was Nehru’s famous imputation made in parliament: “we have made a beautiful constitution which was purloined by lawyers”. Ninth Schedule was dubious design to assert parliamentary supremacy. Constitution bench decision in Golak Nath , asserting fundamental rights to be immutable and beyond parliament’s amending power, was judicial response. Who will decide what Constitution stands for-Parliament or Court, was the sheet anchor of “politics for Constitution”. Parliament claimed supremacy and sovereignty because it is elected house symbolising “will of people”. Supreme Court exhorted theory of constitutionalism to declare that parliament is creature of constitution and its powers are limited and unintended transgression of power is subject to judicial review and what court declares is the law-the Constitution.

Pre-setting for Keshavanand Bharti vs State of Kerala

At this stage, I will drift little to state the object of this piece. Much have been written about Keshavanand and news articles because of recent death of HH Keshvanand Bharti who was one of the petitioner in case, covered enough, still I feel necessity to write on certain “unsaid but relevant” aspects of working of our Constitution through judicial law making.

Indubitably, Keshvanand is the largest and the longest case of our constitutional hearing. Thirteen Judges in the Supreme Court sat for 66 days for hearing the arguments that if any inhibition exists in amending power of parliament. For our readers, most of them may not be used to legalese, two principles are important:

This ruling has disabled the parliament to make “agrarian and socio economic reforms” requiring amendment in fundamental rights to property. His Holiness Kesavananda Bharti challenged interalia  the Constitution 29th amendment act 1971 by which the Kerala Land Reform Act 1969 and Kerala Land Reform Amendment  Act1971 were put in the ninth schedule to the Constitution. This challenge raised the question if Golak Nath was rightly decided.

A case full of excitement and unusual happening.

I firmly believe that in judicial decision making especially in constitutional adjudication, jural and political philosophy of judge determines the outcome. Lawyers may disagree symbolically but they know which bench is conservative, liberal, pro-establishment and in that way arguments on vexed issues are advanced. This process is not unique to our court; US Supreme Court is most illustrative fountainhead of such approach. Within this background, certain unusual judicial appointments have been made in Supreme Court –knowing it fully well that law laid down in Golak Nath is likely to be considered by larger bench.

The bench of 13 judges comprised of Sikri CJ, Shelat, Hedge, Grover, Ray, Reddy, Palekar, Khanna, Mathew, Beg, Dwivedi, Mukerjea, Chandrachud  JJ. Out of this composition, Sikri, Shelat were judges in Golak Nath since A N Ray dissented in Bank Nationalisation[1] his views in favour of government was known. Given the seminal impact of Golak Nath case, and overwhelming majority of Indira led Congress which has promised garibi hatao, it was a felt necessity to get host of a subsided. Keeping this objective in mind, three cabinet Ministers of Government, namely Law Minister Gokhlae, Kumarmangalam and S S Ray were given a task for making Golak Nath overruled. The only way to do so, was to pack the Court with pro government judges. In doing so, “known judicial leaning” of judge became important criteria for elevation in Supreme Court. With this, first appointment to Court after March 1971 general election was done in form of S C Roy’s direct elevation to Supreme Court on 19th July 1971. Roy was a lawyer in Calcutta High Court, his appointment is stated to have preceded a personal meeting with him with a view to elicit his views. Unfortunately, he died in office on 12th November 1971. D G Palekar was also brought to Supreme Court that very day. He was Gokhale’s choice. Khanna who was chief justice of Punjab was given a seat in Court, he was Sikri CJ’s choice. Justice K.K. Mathew was Kumarmangalam’s vote. M  H Beg was appointed on Ms Gandhi’s direction overruling Sikri CJ. One convention for appointed was broken, in all such appointment the Government has initiated the process and then CJ was consulted, earlier it was other way round. On August 1972, S. N Dwivedi was appointed to Supreme Court, he was related to H N Bahuguna, in this appointment also, Sikri CJ objected. The views of Dwivedi were well known. It was stated that Dwivedi told an audience of lawyers on his appointment to the Supreme Court that he was going to overrule Golak Nath. Justice A K Mukherjea was  S S Ray’s choice but Sikri CJ agreed on his elevation. Chandrachud was obviously Gokhle’s friend and his elevation was Gokhale’s wish.

Thus constituted, the Bench was divided from day one. Both sides have their representatives on Bench. This bench has witnessed some unique exchanges which were hitherto unthinkable in judicial dialogue.  At one point of time exuberant S N Dwivedi J, said to petitioners:

This gave an impression to petitioners that proceedings are leaked to government by Justice Dwivedi. This has virtually annoyed CJ, who thought it inappropriate gesture on the part of member of the bench.

From the very inception, pre-determined views of judges made the court a divided one, this has reflected in outcome of the case as well. Nemesis, ratiocination and critical evaluation of judgment are the beyond the scope of this piece. What is stressed here is, in short, is illustrative history of judicial decision making on most celebrated case of our republic and its relevance in situating present court. Chandrachud J. lamented in paragraph 1997 of reported judgment (1973) 4 SCC 225 about absence of judicial conference and rigid time limit prescribed due to near retirement of Sikri CJ. According to him, this has compelled him to write separate opinion, however he was aware of draft opinions of Ray and Palekar JJ, which finds him at his wavelength.

By and large in 13, the court was evenly divided. Sikri CJ, Shelat, Grover, Hedge, Mukerjea and Reddy JJ, by four separate judgments ruled against unlimited amending powers of parliament. Six other judges Ray, Palekar, Mathew, Dwivedi, Beg and Chandrachud delivered six separate judgments in favour of unlimited amending powers of parliament. Odd man out was Justice Khanna, interestingly he has rejected the views of six Sikri led judges that there were implied limitations on amending powers. All what he said is intriguing, he held that amending power was plenary in every sense but word “amendment” in Article 368 by its limited connotation did not lend itself to abrogating the constitution. Any amendment to constitution had necessarily to retain “the basic structure and framework of the Constitution after the amendment”.

For present purpose, suffice it to say that Mukerjea was not found to be in SS Ray’s quarter. Khanna was Sikri’s nominee but he went his ways.  Rest were predetermined. This is beauty of oral hearing. Charm of persuasive advocacy is real treat of court-craft which pandemic has belittled by far.

Post Keshvanand Court has its own challenge, even at one point of time attempts have been made to review the same. The same was fortunately futile. What made court a great institution is fact that after basic structure doctrine, the judges who were in minority in 13 member bench, applied it more vigorously than ever to give effect to “legitimacy of precedent”. An unparalleled detachment was shown in subsequent pronouncement. This has saved the democracy-the Court.

This shows the great institutional resilience which Court has proved for itself.

Contemporary India is witnessing various slipshod in efficacy of every constitutional institution. Court are not immune from controversy. The past in Keshavanand, tells us optimistically that judiciary’ s power of self-correction makes it a living institution. Its success lies in its resilience, its ability to regain its glory, its penchant desire to march on invisible constitutional sprit.

Judges come and go, their judgments remain but if principles stated by them is marred by any influence-the same is bound to be short-lived. The longevity of this short life, makes us ever optimistic. As an appellate lawyer, we have surviving hope for all times to come. We strive to spread the same in society through professional moorings.

(Anurag Ojha, is an Advocate in Supreme Court of India. The views expressed here does not represent that of SRF India, it is purely the view of author)

Rendezvous with Renowned Speakers in Varied Areas of Law .

No comments to show.